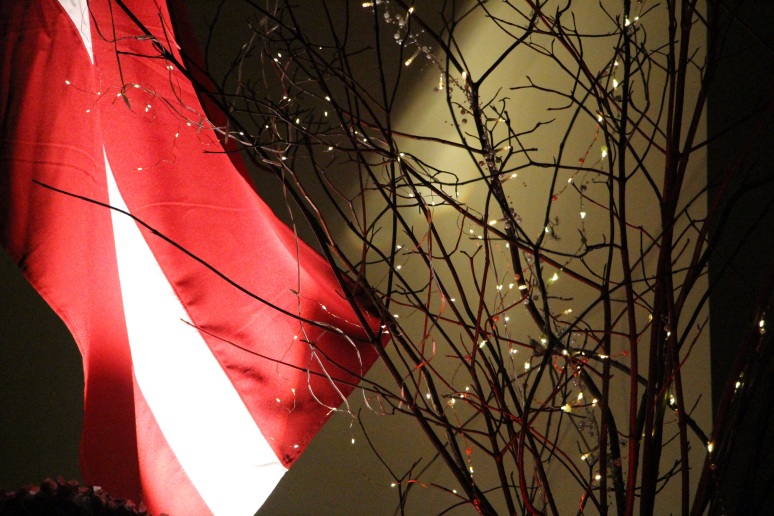 On November 18, The Republic of Latvia celebrated Independence Day. Pasvalys District Municipality has cooperation agreement with Iecava Municipality since 1999, so every year a delegation from our district congratulates our friends.
Gintautas Gegužinskas, Mayor of Pasvalys District Municipality, together with Mayor of Iecava Municipality, Aivars Maceks, paid tribute to those who died for freedom by placing flowers next to the monument to Freedom in Iecava Park. In addition to the monument, there is also an information board to get to know the history of the monument.
Going from the park to the Iecava Culture House, the delegation also visited another monument - the highest ranked Iecava officers who fought for freedom in 1918-1920.
At the Culture House, the delegation visited the exhibition "Colors of the Latvian Armed Forces" by Eriks Kukutis and Gadis Indrevics. Iecava Man of the Year awards ceremony was held there. This year it was particularly impressive. Like every year, during the ceremony, Municipality and the people awarded to the most deserving citizens. Gintautas Gegužinskas, Mayor of Pasvalys District Municipality, congratulated the participants with a speach in their native language - Latvian. He talked about our nations' commonality and Baltic culture, and our common historical experience. The spectators, who were impressed by the words of congratulations, congratulated the mayor of Pasvalys District Municipality with remarkable applause. After the awards and speeches, a wonderful concert of traditional Latvian dances and songs took place. At the end of the concert, the red and white balloons coming from the sealing surprised everyone, and this concluded the event with pleasant feelings.