Places to visit in Pasvalys district In Kalno street in Pasvalys we have a unique mineral water spring, which formed in a sinkhole. It is the biggest spring in the district: the depth is 21 meters, yield – 8-12 l/s.

Pasvalys Culture and Recreation park is located at the end of Nepriklausomybės street. It has been started to form in 1923 and is still growing. Now it takes space of 70 hectares. Pasvalys folk artists diversified the park by making mythical sculptures during the years of 1986-1988. The park has a summer stage, stadium, sports grounds and camping. Long paths all around the territory of park are the perfect place for Nordic walking. The river Lėvuo is on the edge of the park, there is a swimming area and beautiful shore line with paths by it. 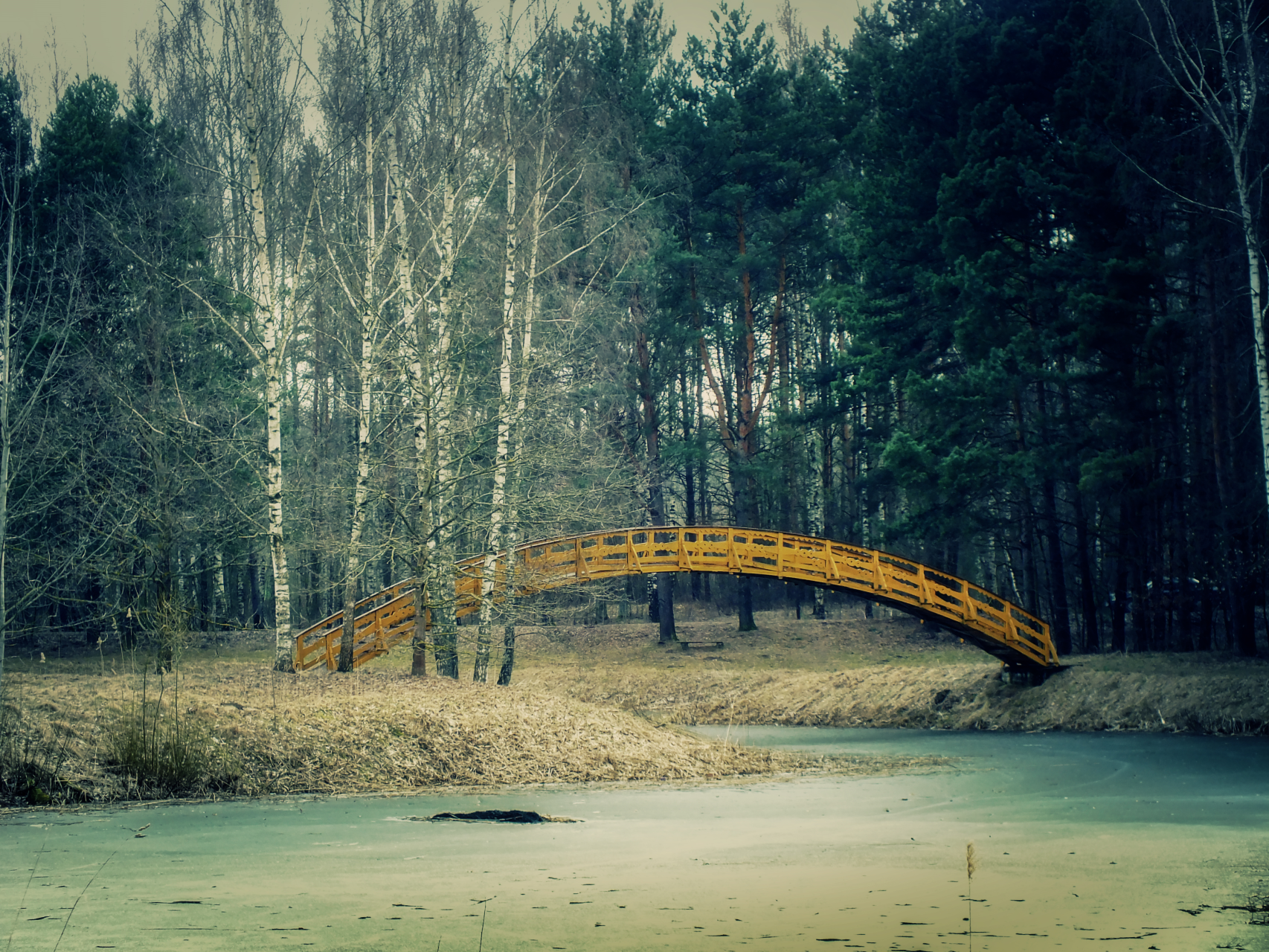 The Svalia rivers park / The Switzerland of Pasvalys 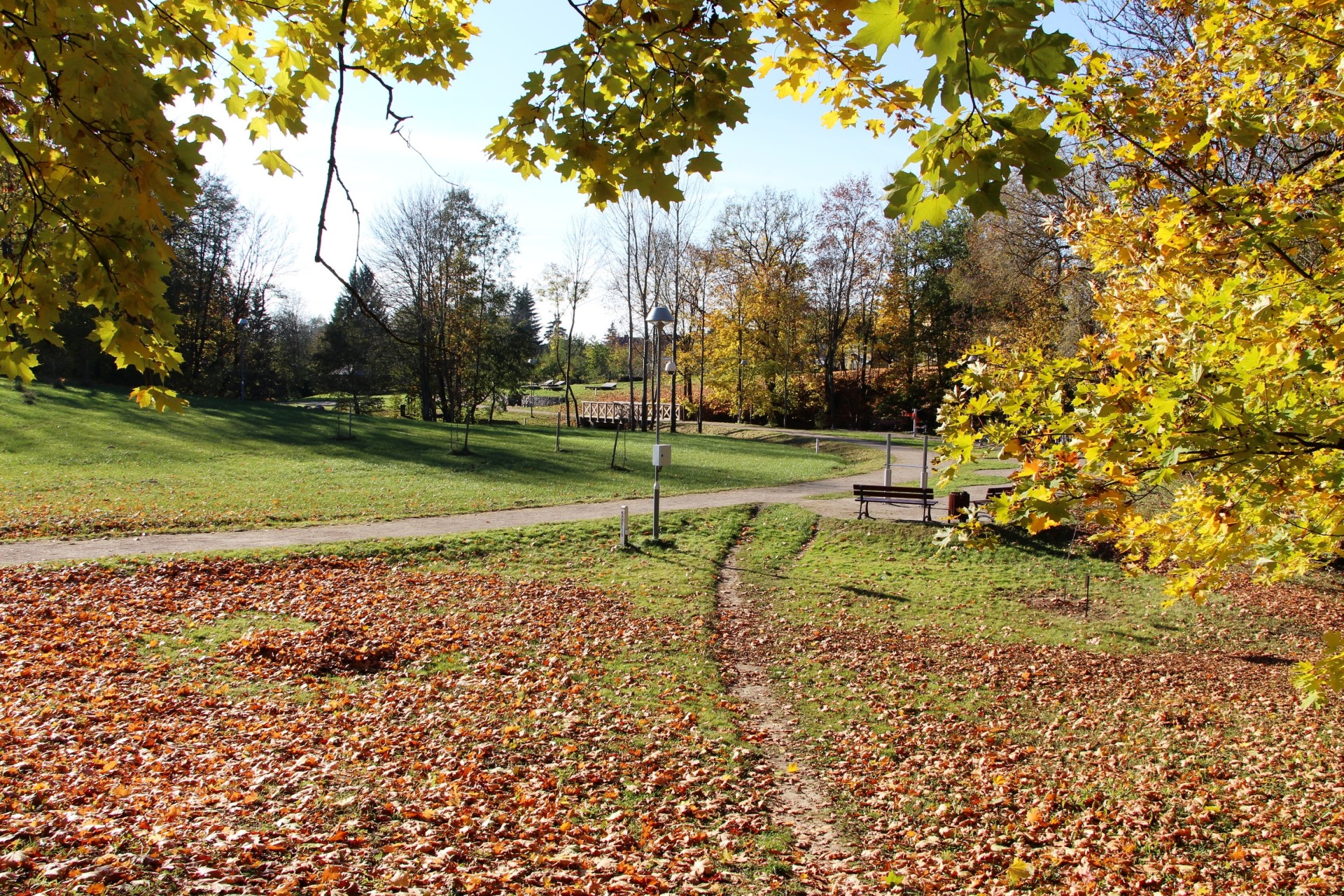 The Svalia rivers park – in other words “The Switzerland of Pasvalys” is in the oldtown of Pasvalys town. It has been started to develop in 2014 and is still growing. The park has long paths for Nordic walking, playground for children, outdoor fitness equipment, picnic gazebos, fireplaces, sun loungers and volleyball court. Its paths crinkles by the river Svalia, next to old Jew burial ground and leads to the Sinkhole park. 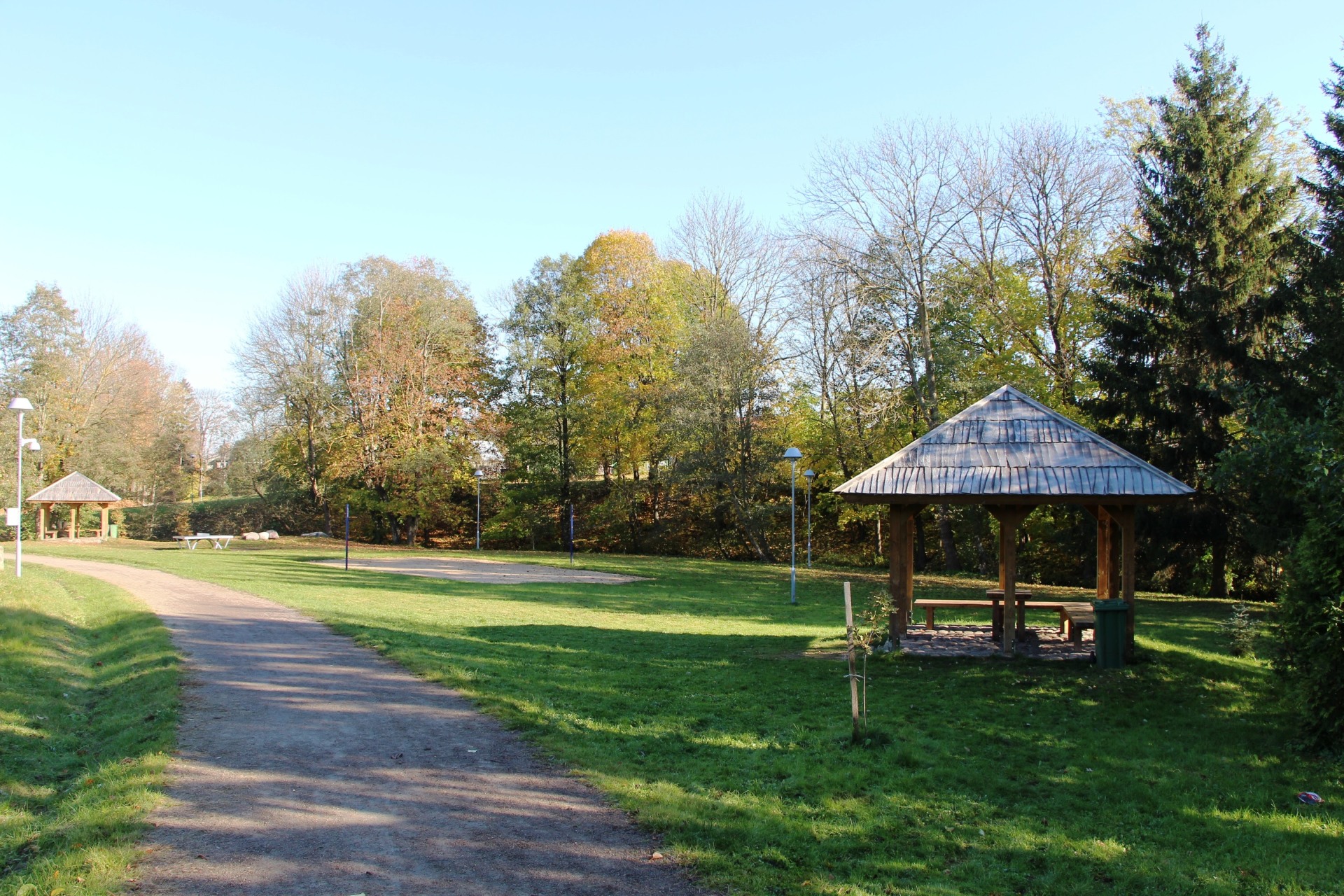 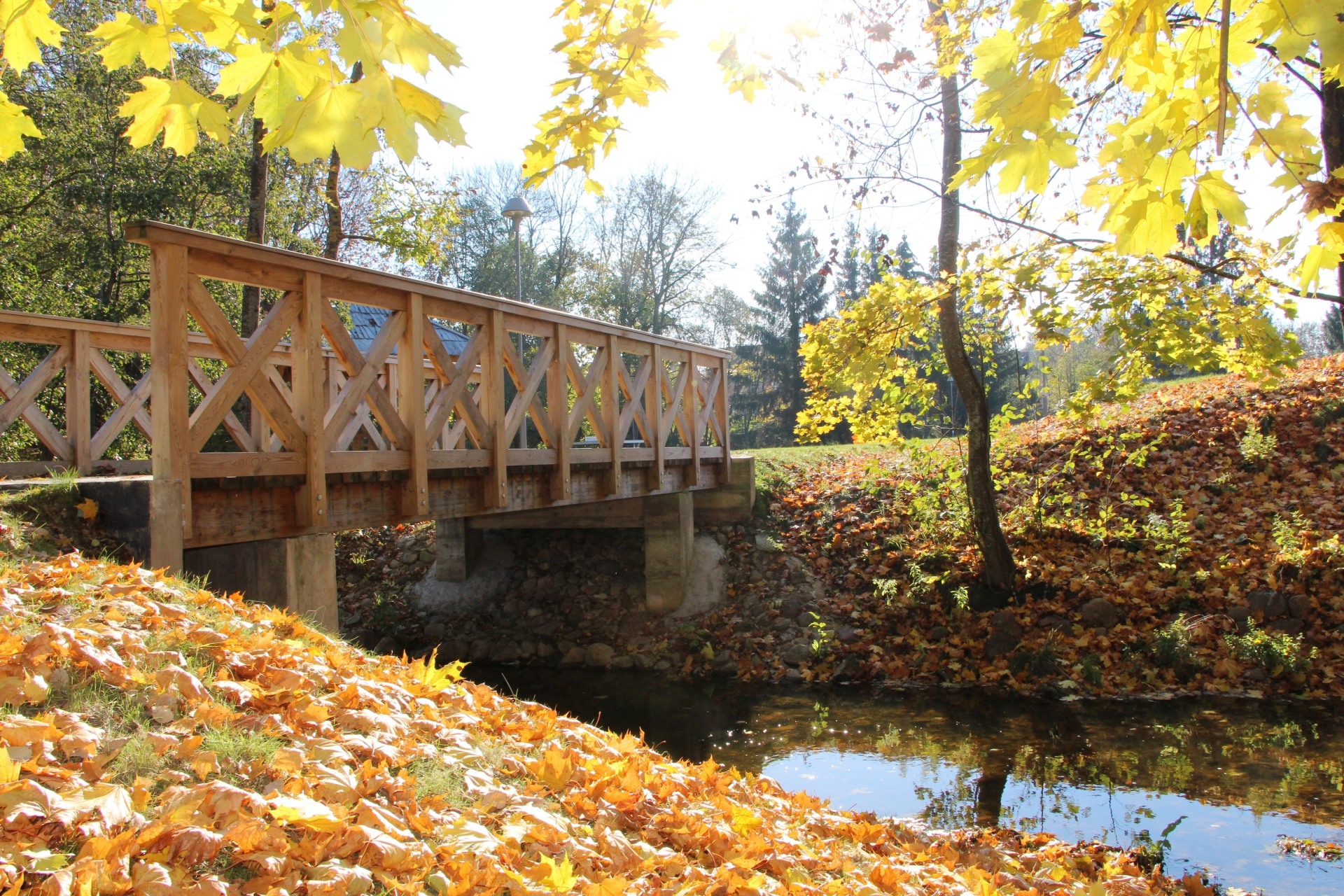 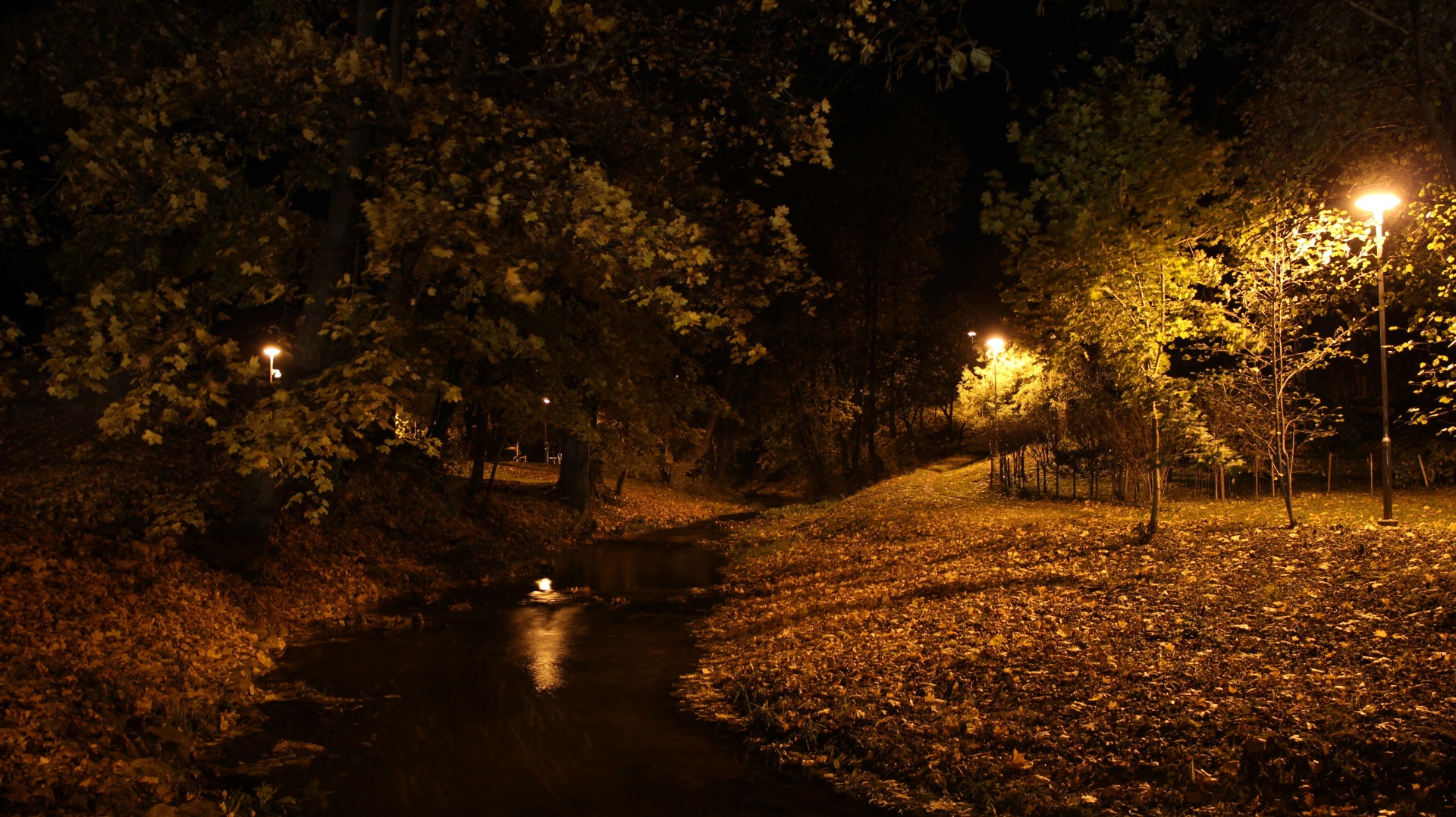 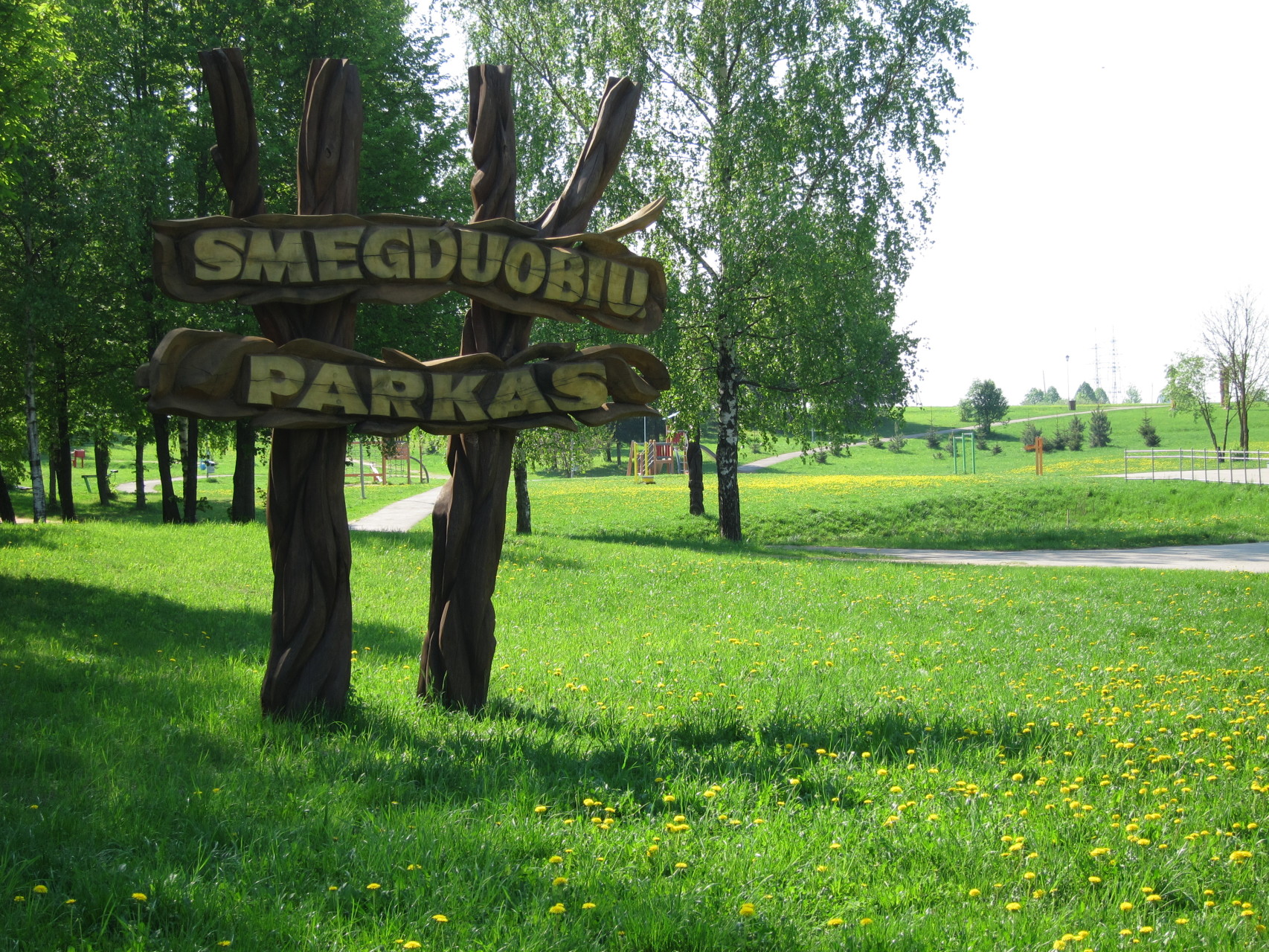 The Sinkhole park has been developed in 2004. Its territory is 8 hectares in the south of Pasvalys town, in between highway VIA BALTICA and Panevėžys street. It has different sizes of sinkholes which appeared on different times. This park has an amphitheater, long paths around the territory (also great for Nordic walking and skiing in winter), playground for children, mini skateboarding ground and some outdoor fitness equipment. Also, there are few sculptures of folk artists in here and a monument for our lands one of the greatest poets – Bernardas Brazdžionis. 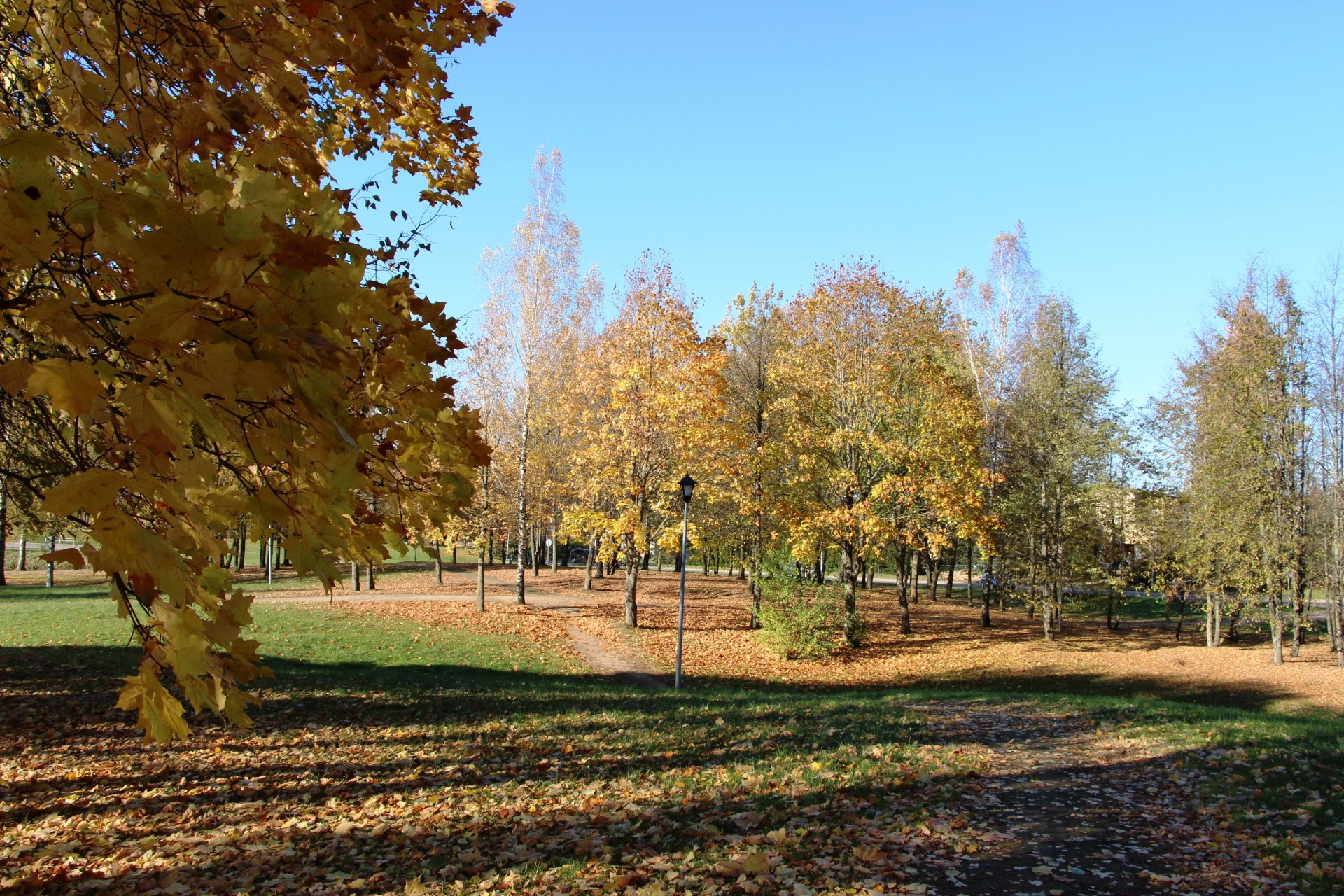 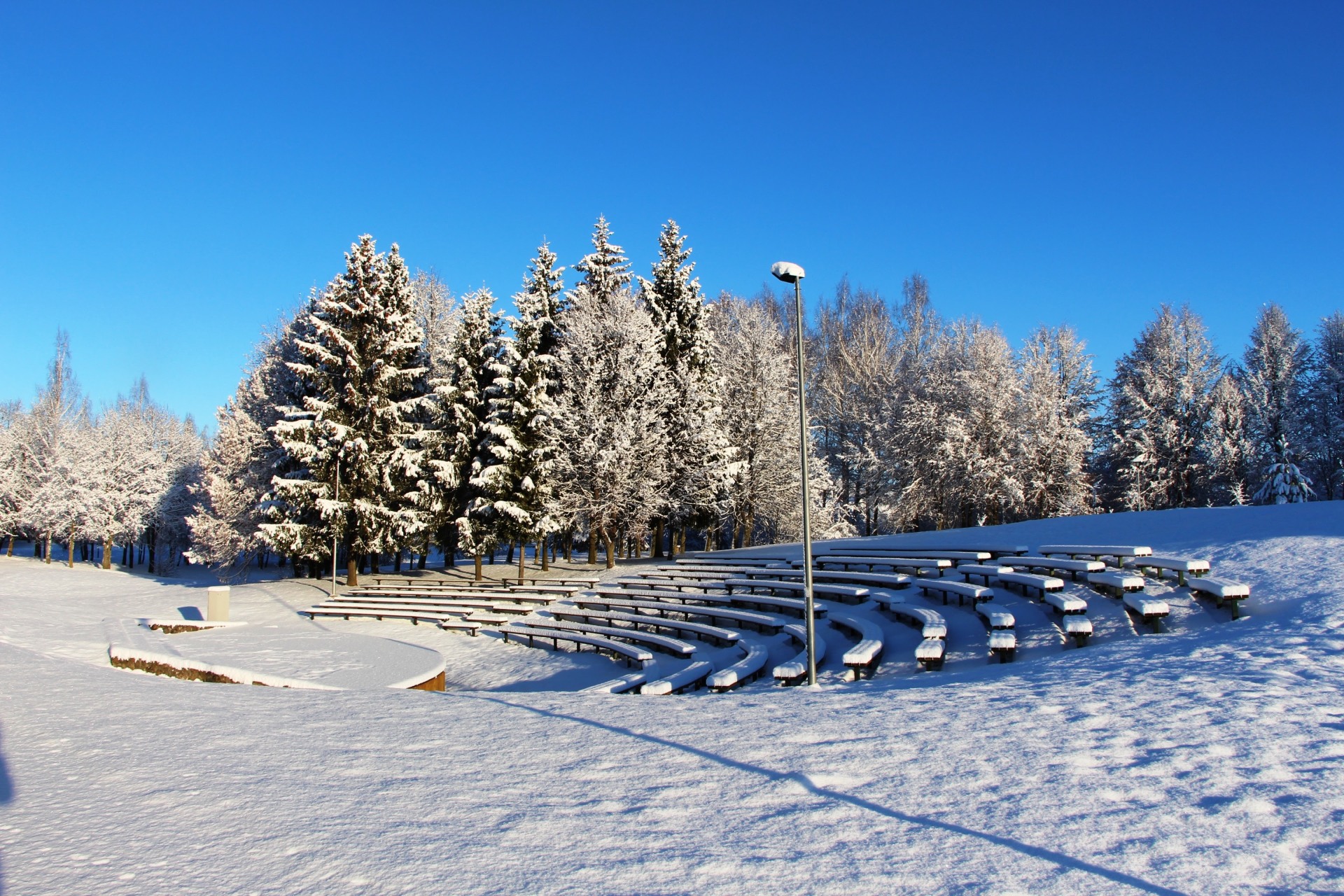 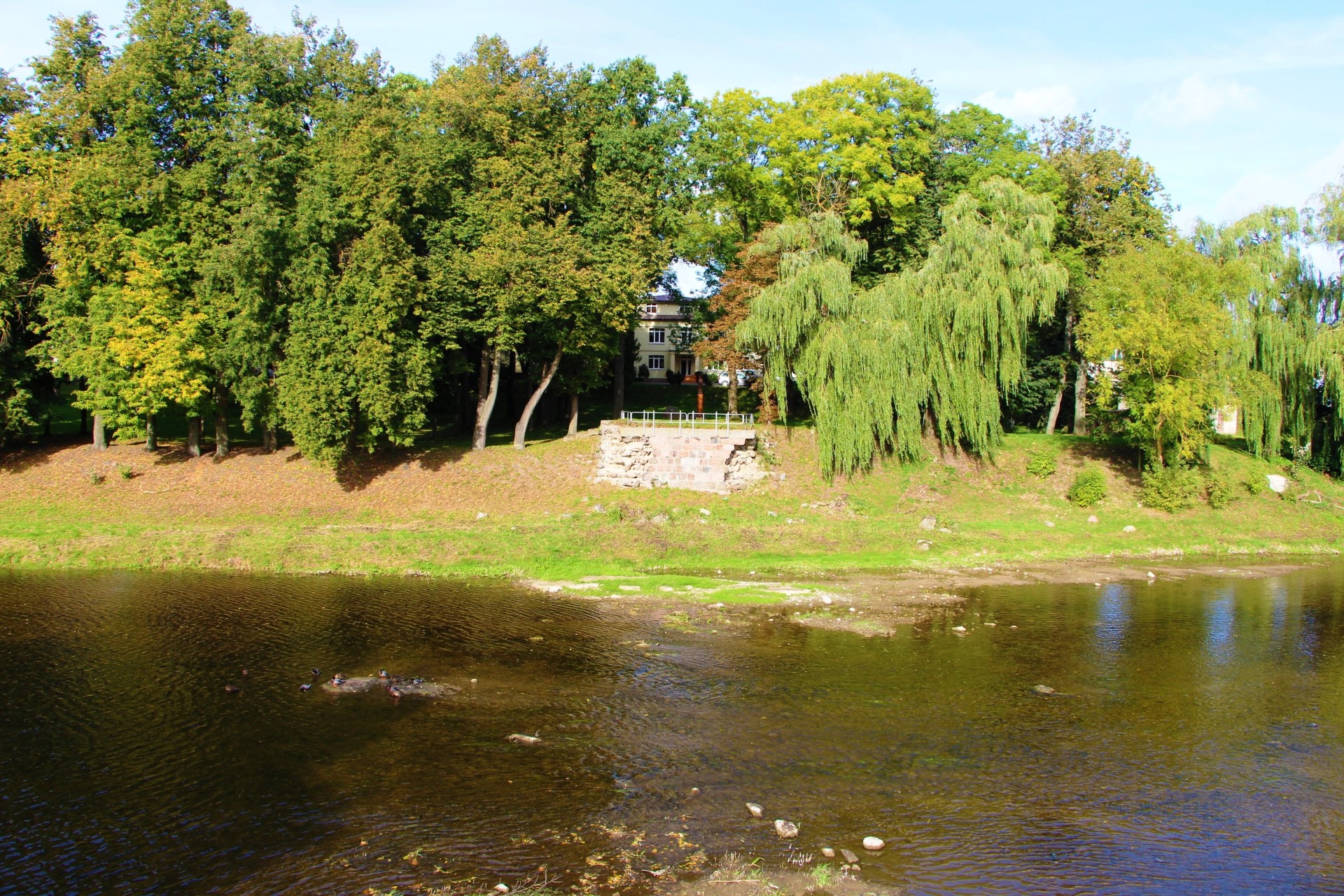 The Old Parsonage park is located in the left shore of the river Lėvuo in the middle of Pasvalys. It has lots of beautiful mythical sculptures and a viewpoint place on the old town bridge, from where you can gaze upon the spectacular church of St. John the Baptist and the junction of Svalia and Lėvuo rivers. Near the park is a preserved old barn, which is used for theater "Klėties teatras”. 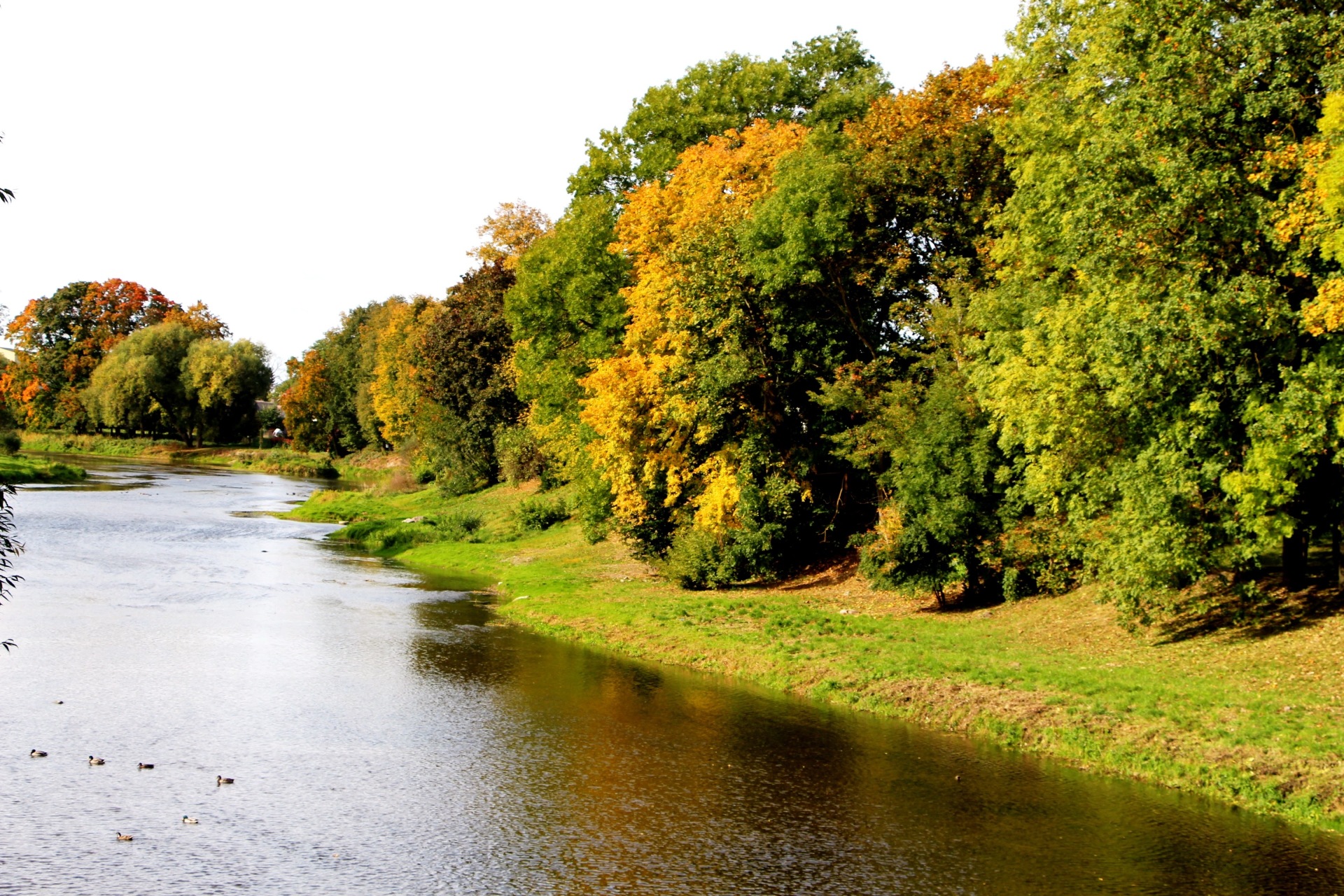 The Millstone Museum is located near locals A. Stapulionis house in the street of Lėvuo. This disk-shaped stones and millstones collection is in the open air and gatheres about 400 exhibits: 300 - millstones, 66 - disk-shaped stones, 7 - "feet" stones, 1 - stone - landmark. There are mill gears exposition as well. These items have been collected since 1979 and the place is one of the rare places in Lithuania with so many exhibits in one place. 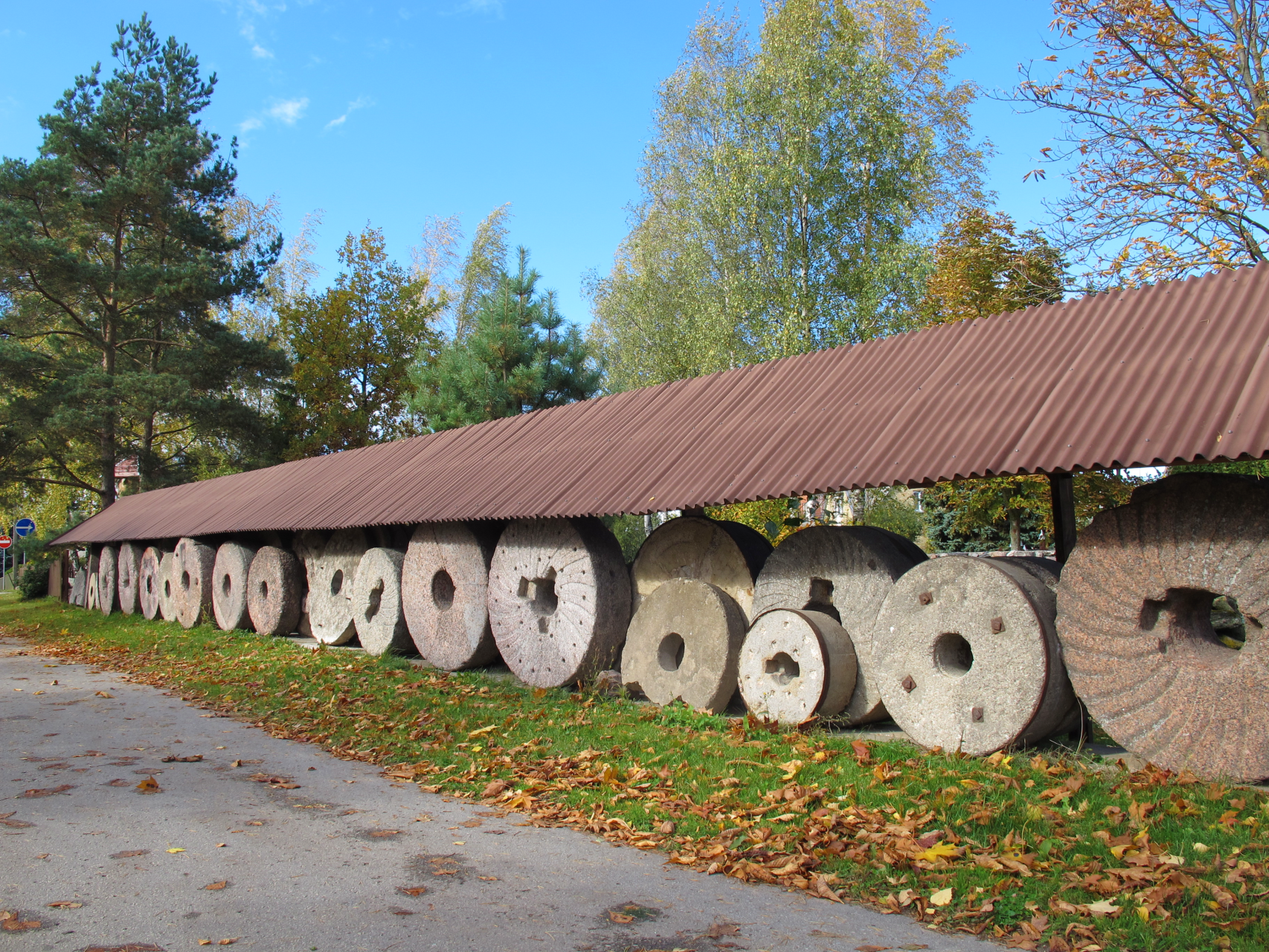 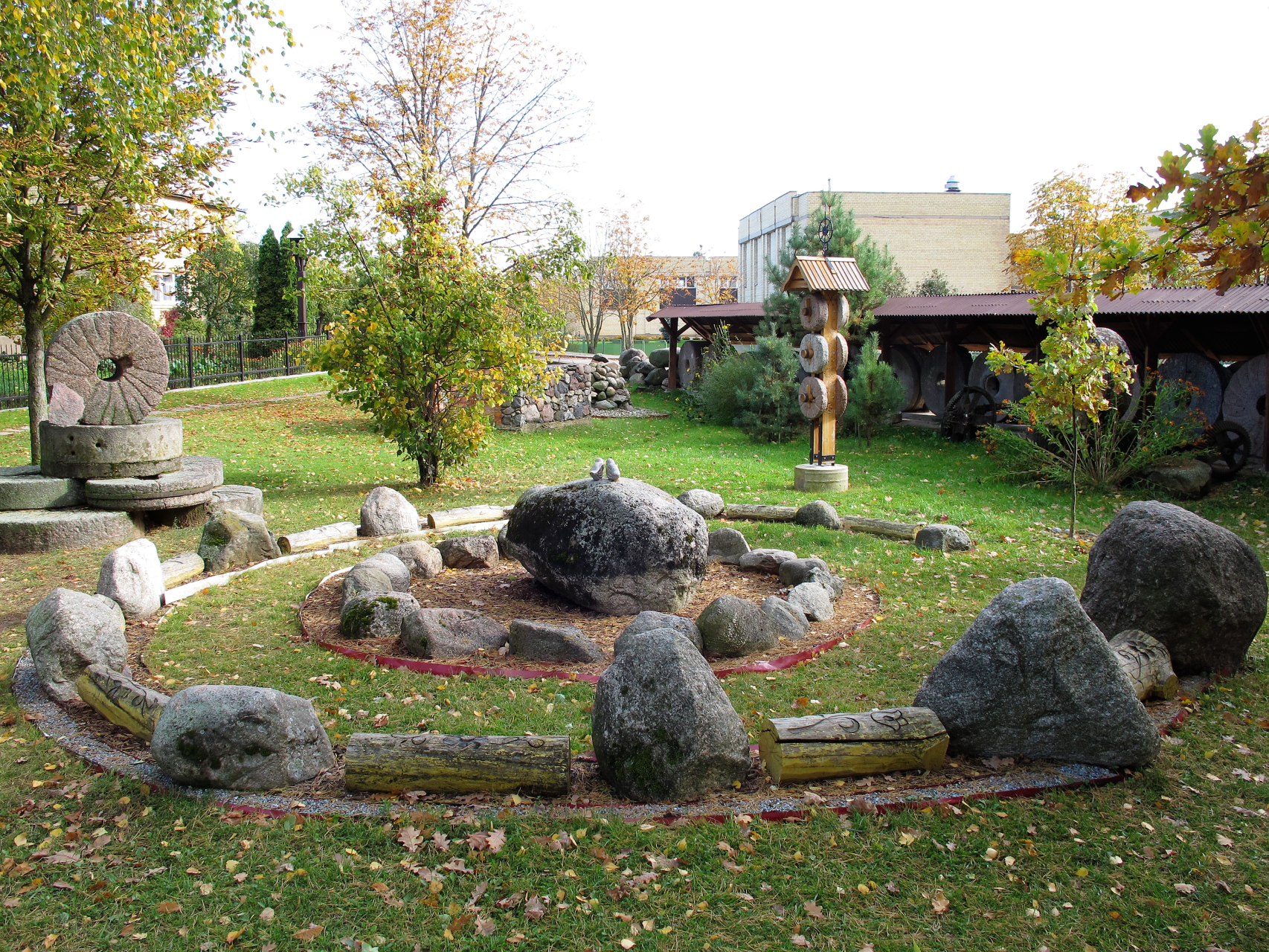 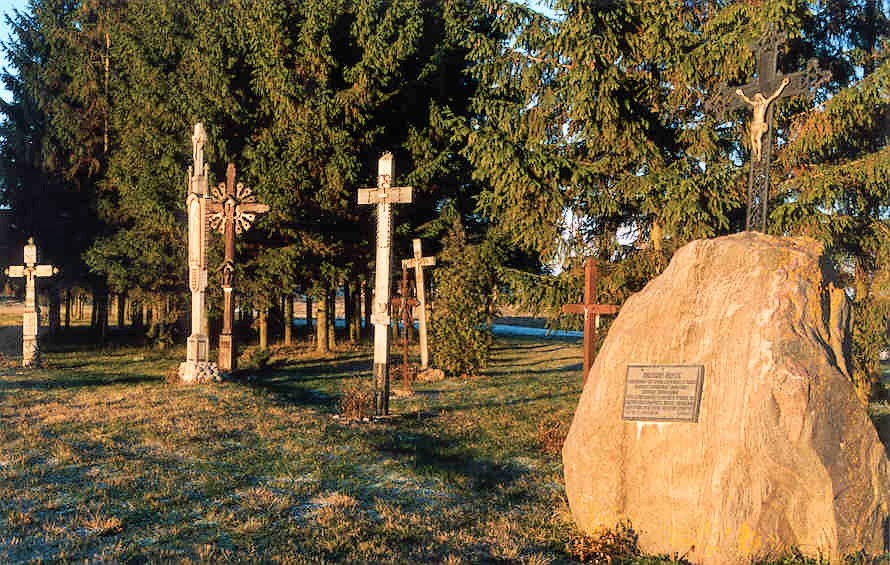 The Baltic Way Cross Valley is located in the northeastern outskirts of the town Pasvalys. The beginning of the valley was on the day of the Baltic Way: some participants from other districts left their tokens in the valley and this event has marked the creation of it. Since then some other crosses where build there to memorize the great events of the district. Pasvalys Museum was founded in 1998. It has more than few exhibition departments: ethnography, history, geology, archeology and so on. You can find a variety of cultural events in the museum – concerts, meetings, performances, all kinds of lectures, seminars and discussions. 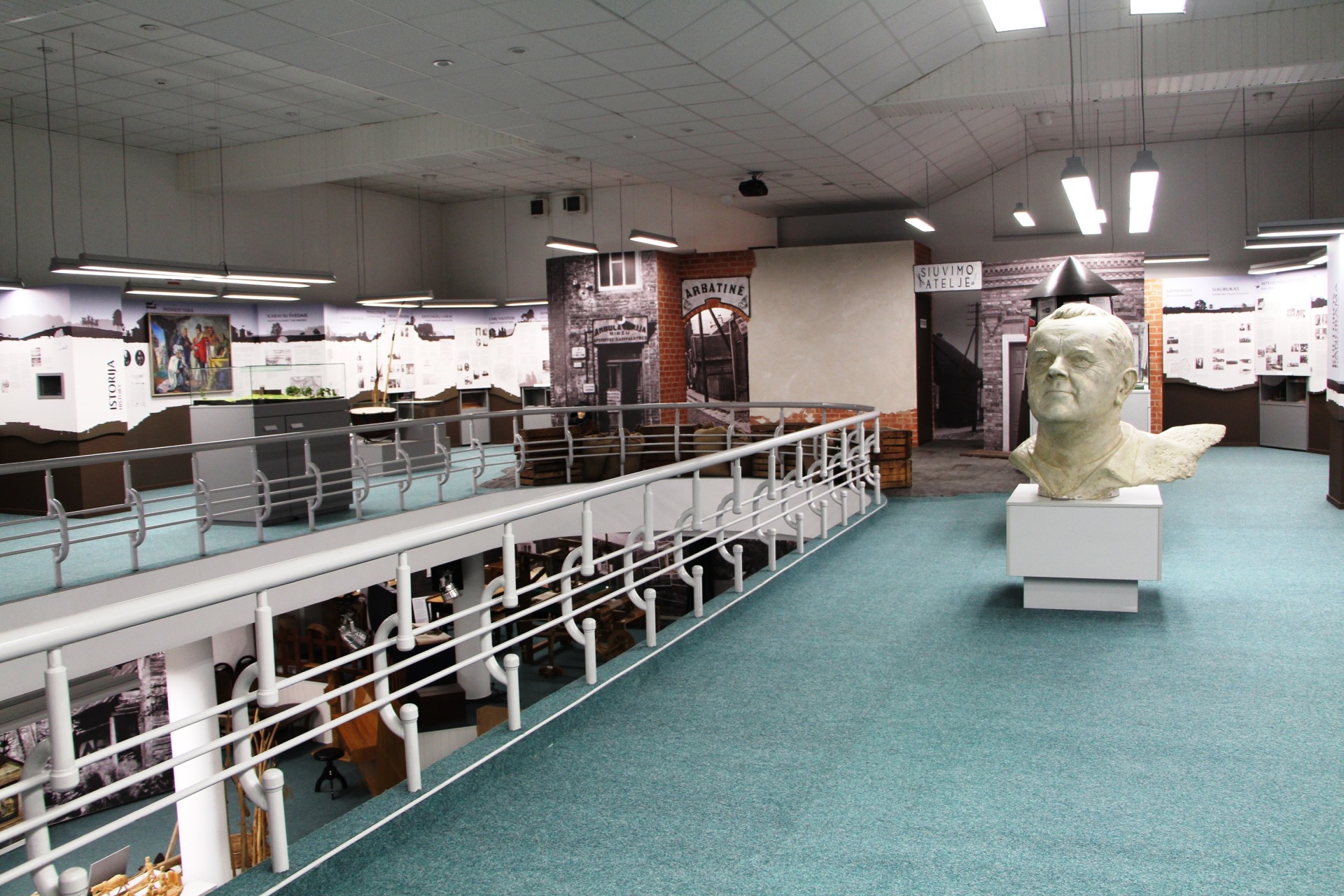 The monument of Pasvalys town founding 500-year anniversary is by the church of St. John the Baptist at the beginning of Nepriklausomybės street. A group of architects from Panevėžys created 5 vertical columns to represent each century that has passed and 5 horizontal centrifugal line echoes back the centuries again. 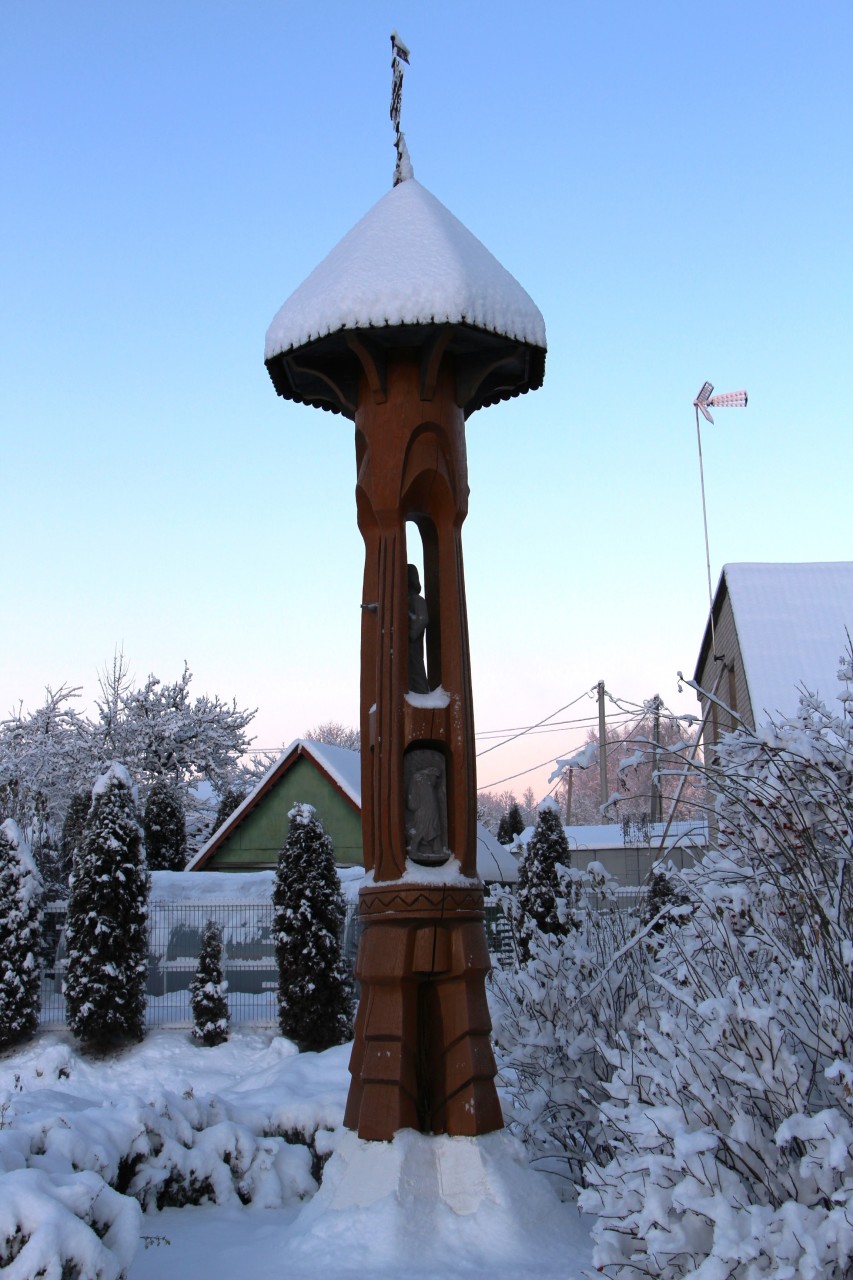 The monument for Pasvalys book smugglers at the beginning of Kalnas street. It was made by Arūnas Grušas, one of folk artists in the district. After 1863-1864 rebellion in Lithuania Russian Interior Minister Pyotr Valujeva formalized the press ban for all books with Latin letters (Lithuanian and Samogitian dialects) and the only way to get those books where through the book smugglers. Those people risked their lives to educate the population and spread the word of our nation. If it wasn’t for them, Lithuanian language would have been lost in the whirlpools of time.

The church of St. John the Baptist The church of St. John the Baptist is located by the junction of Lėvuo and Svalia rivers, on the right side of the river Lėvuo, it was built in 1787. The church was built with the spirit of baroque and historicism features, and architectural styles of the later elements. It is spectacularly massive and bright white, especially in the evening lighting. The church is surrounded by the oldtown: from one side, it’s the renewed Vytautas the Great Square and from the other it’s the shoreline of river Lėvuo, filled with sculptures of angels and a viewpoint place on the old town bridge. 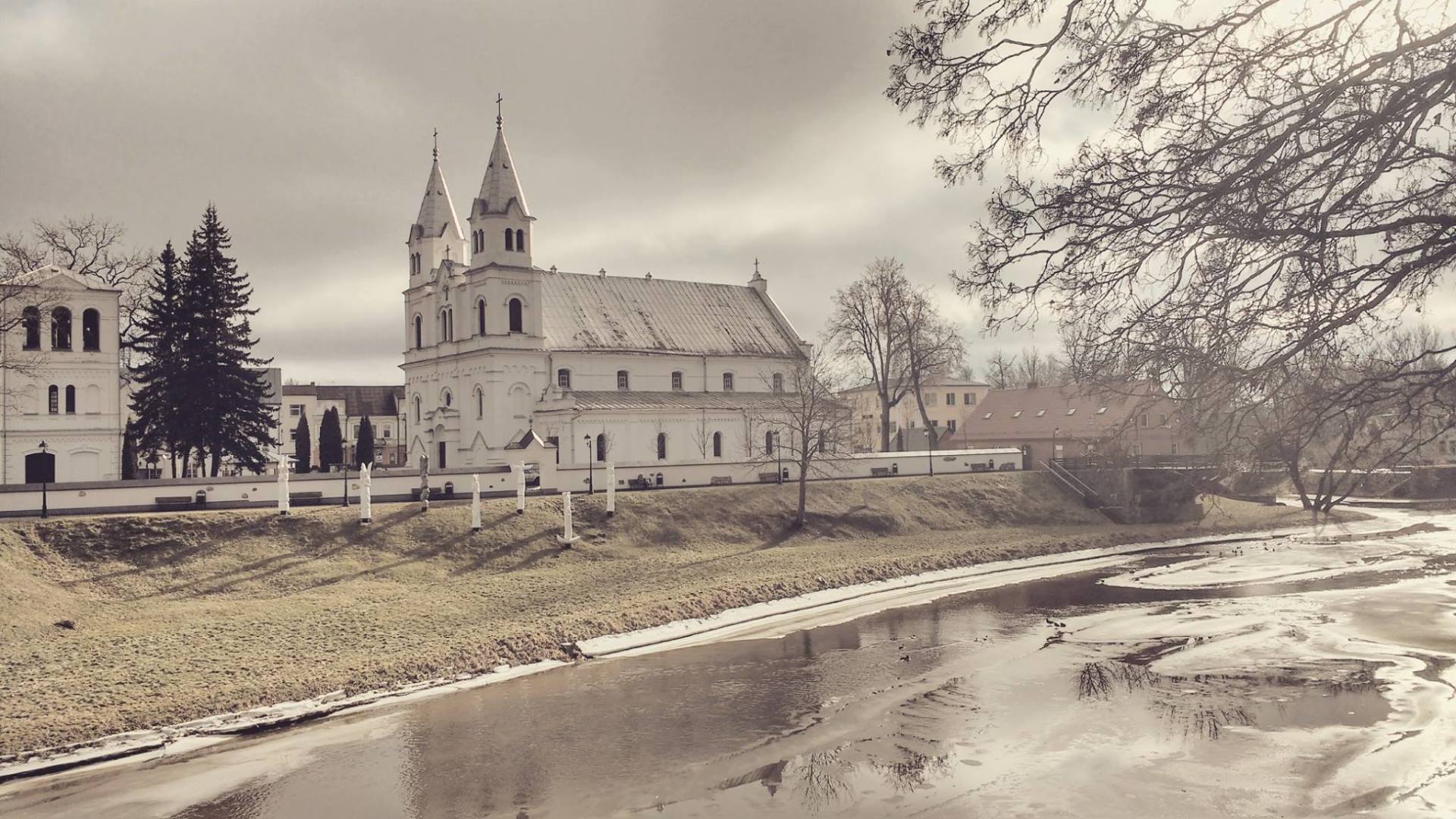 The manor of Joniškėlis is one of the most known manors in Pasvalys district. From 1723 until 1940 it was the property of Karpiai family, who made it one of the biggest manors in Žiemgala region, also made Joniškėlis a prosperous town. In the manor, Vilnius University established the only one in the world at that time university primary school and a hospital. The manor of Joniškėlis has a big old park in its boundaries, full of plants from all around the world. Lithuanian Institute of Agriculture and Joniškėlis Region Museum is currently in the estate. The museum offers a tour of the manor. This tour is organized only during the hours of darkness. Participants must have a spotlight, wear comfortable, waterproof footwear and warm clothes. This tour is a tale about the manor of Joniškėlis, which includes stories about the lives of Karpiai family and their servants, the tragedies surrounding their deaths, mythical creatures and more. This program is not recommended for children below 13 years of age, it is scary, mystical and unbelievably realistic. 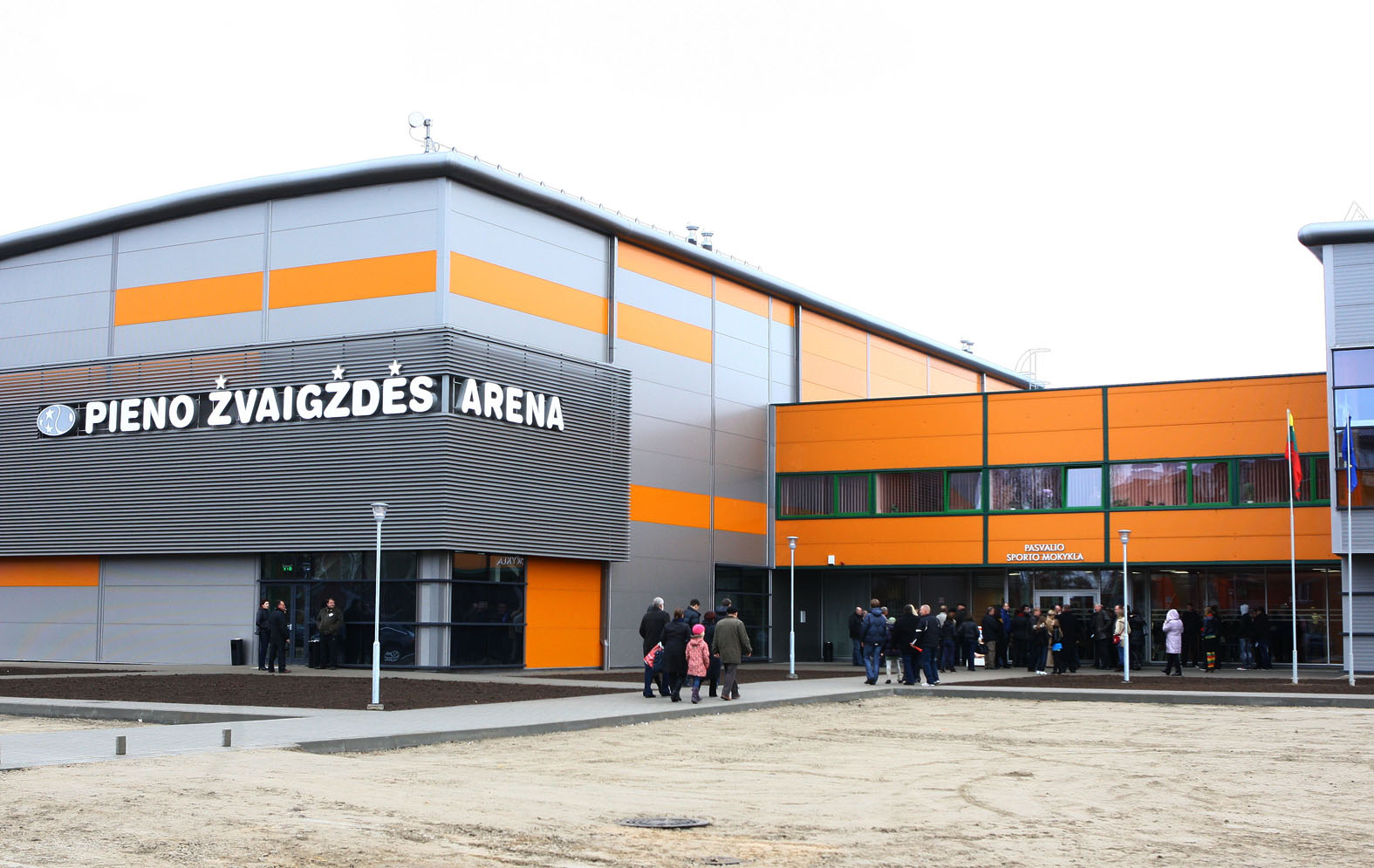 The “Pieno žvaigdžės” Sports Arena and swimming pool is one of the newer attractions in Pasvalys district. It has a basketball hall where our local basketball team “Pieno žvaigždės” is usually playing with the strongest teams in Lithuania. It also has a boxing ring and a gym area, where people can relax in an active way. If you are looking for a worm place to enjoy your free time, you should visit the swimming pool area. There are 4 types of saunas: Russian, Turkish, infrasauna and a normal, typical Lithuanian sauna. A big swimming pool, water cascades, children swimming area, Jacuzzi and some loungers are also here for your use. Just before entering the swimming pool area, you can enjoy some snacks and a drink in a caffe. 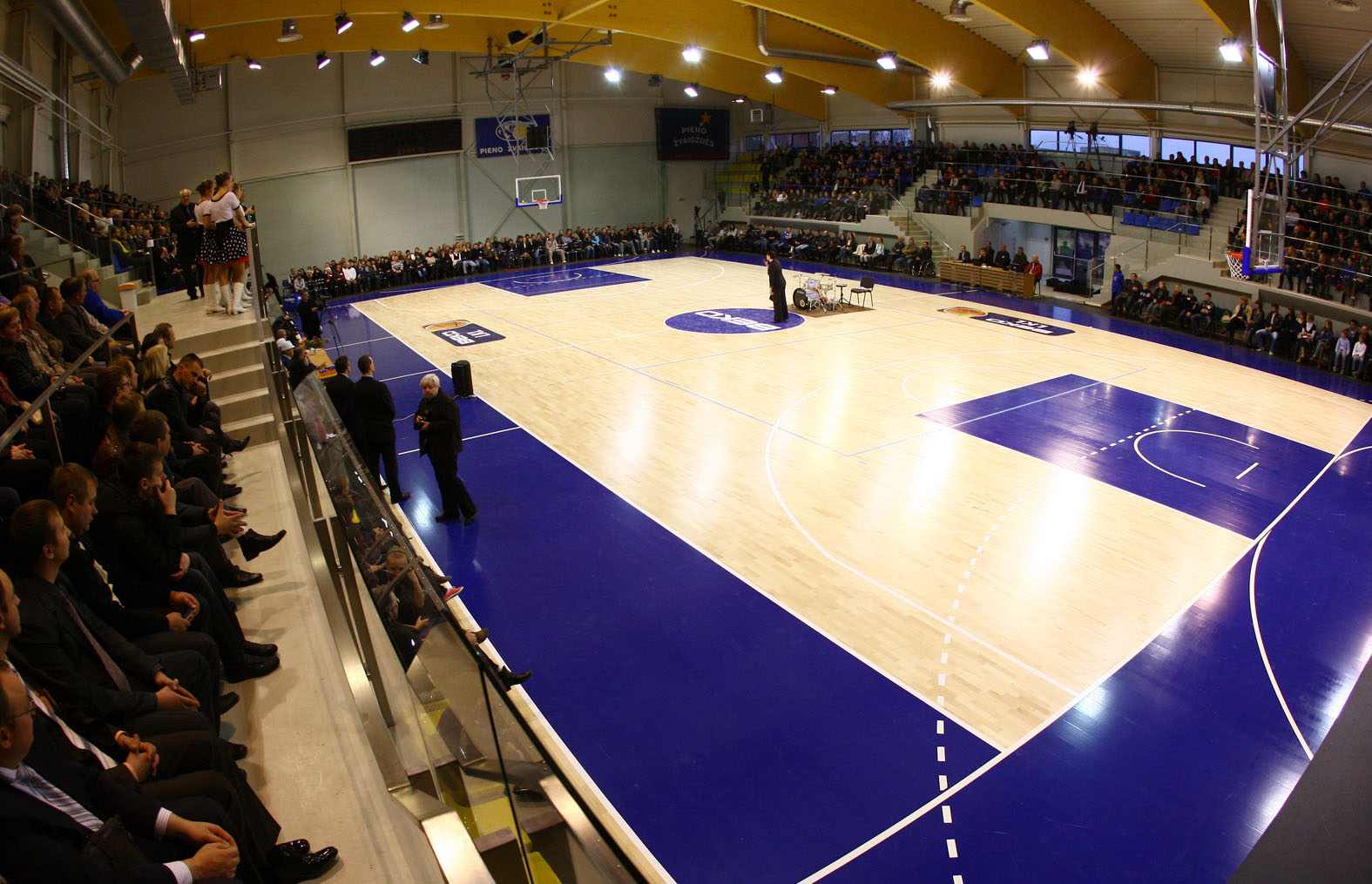 There are so much more than this, you just have to visit and see for yourself!