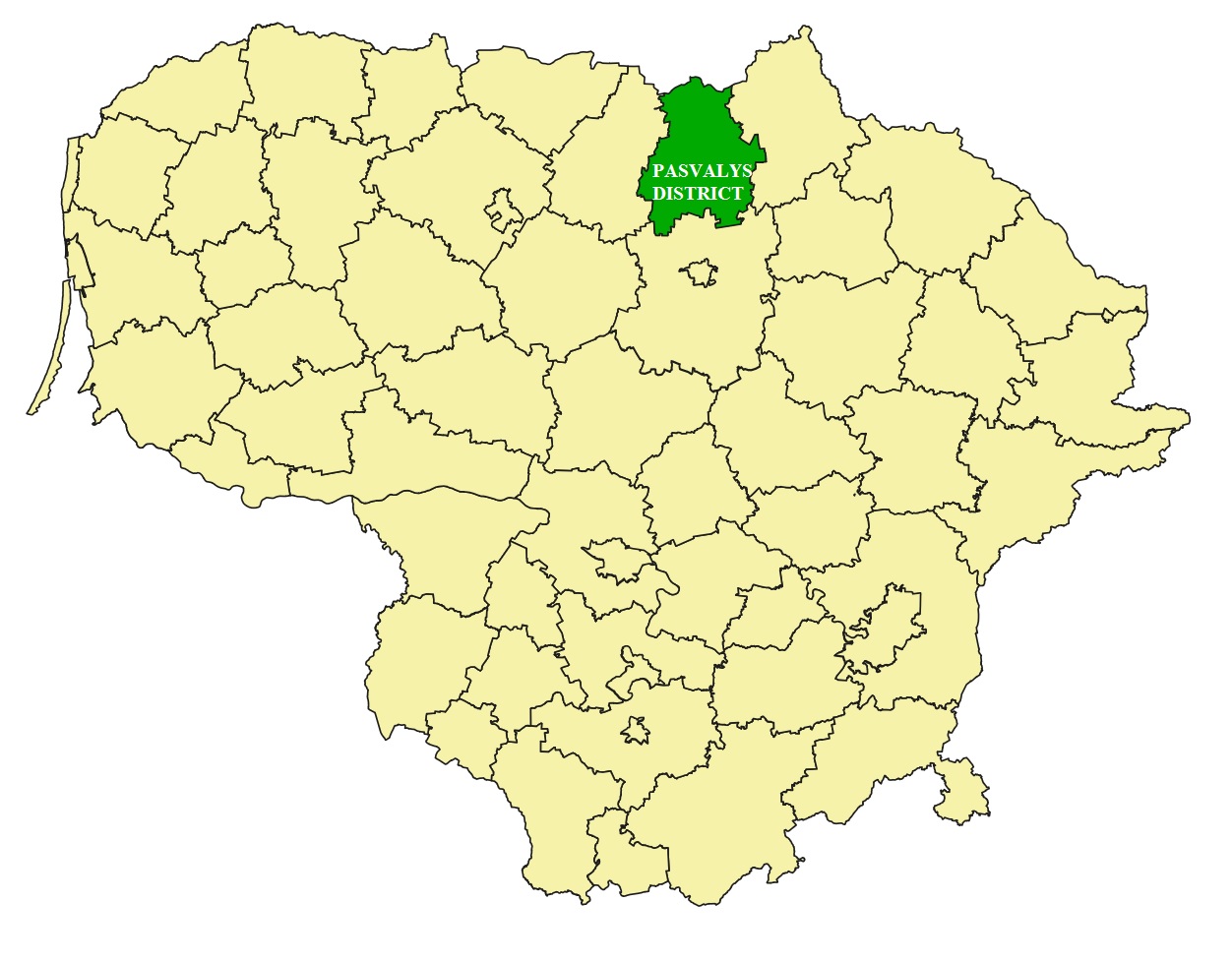 Pasvalys district is based on the north of Lithuania. It is a typical northern part of the Republic, with flat but very rich and fertile lands, a perfect land for farming. Žiemgala, Mūša-Nemunėlis lowlands and river valleys of the region has made the terrain lack landscapes with different relief, geology and hydrography. Only in south-east part of the district, by the Green Forest edges and in a few rivers valleys, you can find a wider variety of the living nature. The reason for this flat surface of the land is an ancient, 350 million years old aquatic pool – an ancient shallow sea, which in time, when passing through the region, accumulated sediment and was slowly drying up. Gypsum deposits formed on the bottom of this sea, they were covered with other sediments and the water slowly withdraw from this part of Lithuania. Geographer C. Kudaba thinks that the water “ate”(eroded) its way through the land and ended up going to Bauskas’ (Latvia) direction and went into the Baltic sea by the Gulf of Riga. Pasvalys district is characterized by karst phenomena – sinkholes, called by some people “The eyes of the nature”. The water from rain and snow goes through small cracks and gaps into the deeper layers of the ground and melts gypsum deposits. The places of melted gypsum becames an empty space under the ground – cavity. When it becomes big enough, the top layer of the remaining land can no longer resist the weight, it starts to crumble and fall – forming a sinkhole. Numerous karst sinkholes are scattered from Pasvalys to Biržai.

Later on the surface of the land was flattened by moving glaciers. About 1 km thick pieces of ice occasionally stopped and slowly “dug” their way into the lands surface for around 200-300 years. For this reason some areas of the district is not that high – the lowest area is only 16 m above the sea level, it is near the border with Latvia, by the river Mūša. The highest area is in the west of the district between Žiemgala and Mūša-Nemunėlis lowlands, Linkuva ridge – near Kriaušiškiai village: there is a hill Velniakalnis – it is 75,2 m higher than sea level.

Pasvalys District is one of the most urbanized and culturized districts with developed agriculture and forestry in Lithuania. The preservation of natural areas in the district is a lot less retained than the average in the republic. Instead of animal and plant rich grasslands and wetlands the land has been turned into drained agricultural land, plains fields.

The coat of arms 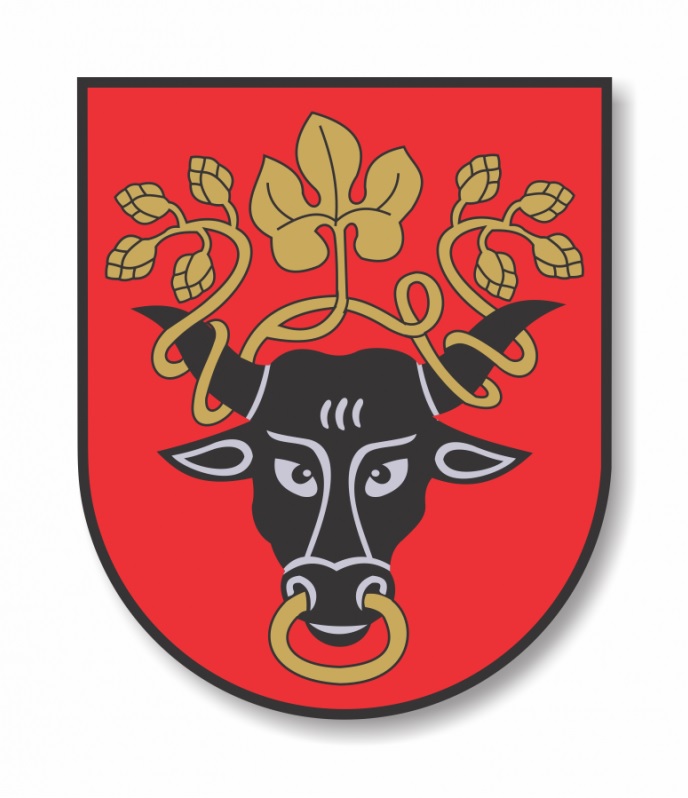 Description of coat of arms. In the red background a black bulls head with a golden chain in its nostrils and the same colour hops bine wrapped around bulls’ horns.

Historical data. Pasvalys is one of the oldest settlements in Lithuania. It was first mentioned in historical sources at the end of XIII century. In between 1497 and 1498 a church was built in Pasvalys, which gave the first steps to establish a town. In XVI century and in later years, the town received number of trade privileges from Lithuanian rulers. In 1557, the town was famous for Lithuania and Livonias contract, which later on received contract name of Pasvalys. Since 1580 until mid XIX century, Pasvalys belonged to the church. In 1924 it became parish, 1947 – district, 1950 – district centre. Despite Pasvalys values and great story, it didn’t have Magdeburg city rights. Up to 1970 it didn’t have its coat of arms.

Historical material for Pasvalys coat of arms was started to collect in 1967. For this reason, there was a request for information from the Institute of History, Monuments Protection and Regional Studies Society and other cultural institutions. The first project, which was a purple background with illustrated two overlooking one another golden horses’ heads and beneath them a golden clover leaf, it was created by district architect Juozas Jasaitis. This project for unknow reasons remained unfulfilled.

Since 1969, the coat of arms was being created by artist Petras Repšys. The meetings of the commission show that the intention was to portray several field panels, to portray hops holding hands, bull and other symbols of agriculture. In 1969, on the 30th of October, the Commission finally decided that Pasvalys coat of arms will depict a bull’s head and hops. Bull’s head supposed to symbolize Pasvalys district as an important agricultural centre, and as it was thought, the founder of the town - Albert Tabor (in his version of the coat of arms it is donkeys’ head, not the bull’s). The hops supposed to symbolize old brewing traditions of this region.

Emblem standard created by artist P. Repšys was approved by Republican Heraldry Commission in 1970, the13th of June. (Lithuanian Heraldry Commission Archive, 1969-1970. Commission meetings protocols; Pasvalys crests file; 1970 crests standards). According to new heraldic requirements, artist P. Repšys corrected towns coat of arms, that has been created 27 years ago. He left the same symbols, their composition and only modified the shields shape, which had better heraldic consistent with hops, a bull’s white chain was painted with gold colour.